This is excerpt from a blog post I made in 2012 about my choice to become a United Methodist. Again, I’m coming up on the anniversary of that choice which made all the difference!

I am reminded this month of Robert Frost’s poem “The Road Not Taken which end,

“Two roads diverged in a wood, and I—
I took the one less traveled by,
And that has made all the difference.”

In October 2009 I decided to take a new road in my life.  The road I’d been traveling on was familar and well worn for me.  I knew its ways well and understood all its mile markers and road signs.  But I came to a fork in the road and realized the road I was on wasn’t the road for me any longer.

The fork in the road I’m talking about was on October 22, 2009 when, after a memorable conversation with the Central District Superintendent, I dropped in the mail an application to the Iowa Conference of the UMC seeking appointment in the United Methodist Church.

I’d spent most of my life as a Baptist and much of my pastoral ministry in American Baptist life.  But for quite a few years I kept passing sign posts which pointed down another path that seemed inviting and, though not familiar as the path I was on, one that kept calling to me.

Some of the sign posts were my experence of the realization of the power of Prevenient Grace that I found in my pilgrimage and work with several Emmaus Communities.  Another sign post was my attraction to and membership in the UMC related Order of Saint Luke and my own personal love of sacramental theology that really doesn’t fit into a Baptist theological context, but now gives me great joy as I share in the Great Thanksgiving with the people of Grace UMC!

Other factors included my growing belief that connection is better than standing alone.  United Methodists are a connectional family in which the church is connected and works together at all levels from the General Church, in the Annual Conferences and districts, and at the local level.

For anyone standing near me in the post office that day it appeared I was just dropping a package in the mail.  But for me it was a powerful moment of decision in which I had finally chosen to take the path I’d wondered about for so long, a path I’d longed to experience, and a path that kept drawing me in. I took the road less traveled and it continues to make all the difference!

I’m always reminded in October of that life choice. It was one of the best decisions I ever made! God is often to be found outside our comfort zone on the road we fear, but long to travel.

I try not to take for granted how privileged and blessed I am to be able to stand in the pulpit each week and preach the gospel, share in the sacraments, and be a part of the life of the church I’ve been appointed to serve. God is good! 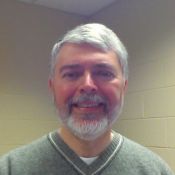